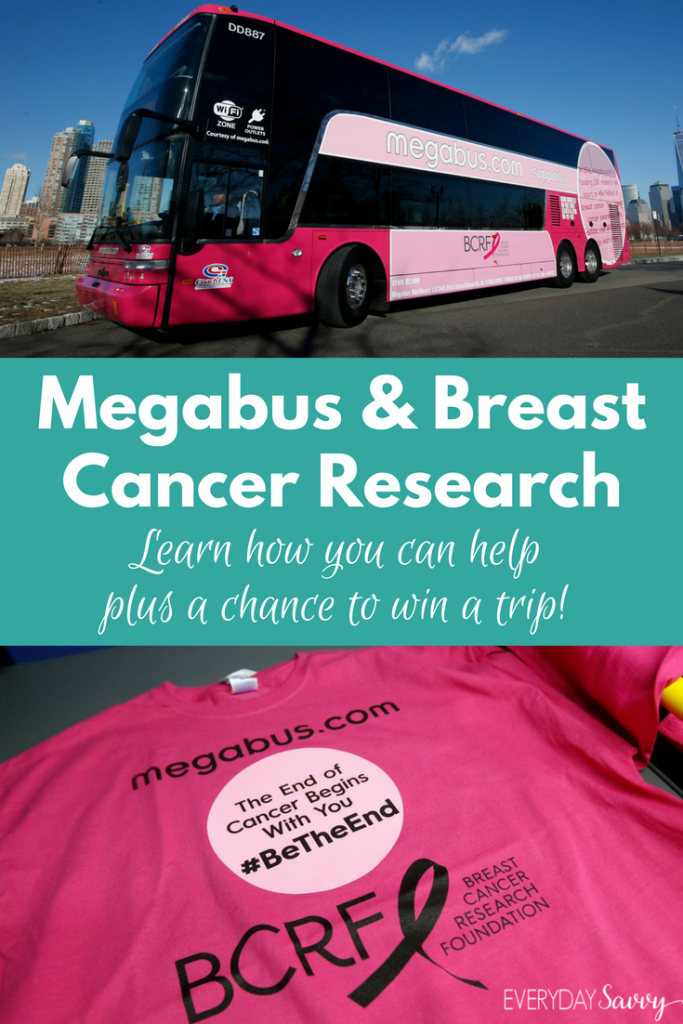 I am sure most of you know that October is Breast Cancer Awareness Month. I also realize most people are “aware” of breast cancer these days but this is still a great time to support charities that give back to cancer patients or help fund research. With my family history of breast cancer, supporting breast cancer research is a cause near my heart. I was excited to learn that this month Megabus is partnering with the Breast Cancer Research Foundation (BCRF) and sponsoring a Megabus contest where someone will win a weekend getaway with literally a busload of friends and family.

This year, BCRF will award $59.5 million to support the work of more than 275 scientists at leading medical and academic institutions across 15 countries, making BCRF the largest private funder of breast cancer research worldwide. BCRF is the highest rated breast cancer organization in the U.S.—the only one with an “A+” from CharityWatch and Charity Navigator’s highest rating of four stars.

It was BCRF researchers who found that breast cancer is, in fact, several diseases, each of which develops, progresses and responds to therapies differently. Their scientists are now learning that the major subtypes—Luminal A, Luminal B, HER2-positive and Triple Negative—can be further classified into sub-categories with distinct patterns of progression and response to therapies, opening the door to more individualized treatment plans.

These scientists have also contributed significantly to the development of precision medicine and individualized therapies, resulting in better, more effective treatments and fewer side effects. BCRF supported the early clinical trials that helped to accelerate the development of Herceptin (trastuzumab), a targeted therapy for HER2+ breast cancer proven to decrease the risk of recurrence by 50 percent. Herceptin, as well as newer targeted drugs, have dramatically changed the management of HER2+ breast cancer. Studies they support are also exploring ways to combine targeted therapies with existing chemotherapies to improve clinical outcomes in HER2+ as well as triple negative, ER+ and metastatic breast cancer.

Megabus.com launched a nationwide contest in support of the Breast Cancer Research Foundation (BCRF) encouraging people to share their story, or the story of a loved one affected by breast cancer, who deserves a weekend getaway with literally a busload of friends and family.

Yes… you heard me right ….the winner will be awarded $5000 for a vacation with round-trip transportation included between any two cities served by Megabus for up to 70 of their friends and family! Plus, for every contest entry during the month of October, megabus.com will donate a dollar to BCRF, up to $10,000. So that is win-win in my book!

You can enter for you or a loved one here.

The winner will be chosen and announced via megabus.com social channels on November 15, 2017.

In addition to the contest, a Pink megabus will be traveling throughout the month of October and stopping in various cities including Philadelphia, Baltimore, Washington, D.C., New York, Albany and Boston. Since partnering in 2016, Megabus.com has donated nearly $40,000 to BCRF to-date. Last October, megabus.com debuted its BCRF pink bus by hitting the road on a nationwide tour in conjunction with a ticket sale donation.

Consider Megabus for your next trip

I love to support companies that are doing good plus offer a great affordable service and megabus does just that. They offer city-to-city bus tickets as low as $1 for your travel around the North America, all bookable from your computer or smartphone! Their luxury double deckers offer free Wi-Fi, at-seat power outlets, panoramic windows and a green alternative way to travel. When you travel with megabus, you will be riding in comfort and confidence. This makes it easy and fun to travel throughout the United States!

Check out megabus reservations with schedules and fares here

This is a sponsored conversation written by me on behalf of megabus.com. The opinions and text are all mine. 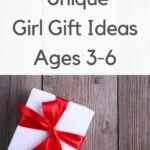 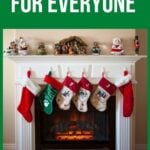 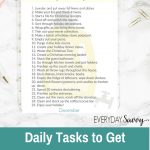